Despite the general call for social distancing and staying inside, the municipal medics of city of Amsterdam advise that homeless documented and undocumented citizens – diverse groups – should be out on the streets during the day. My daily urban activity is now sphering around this group of people that are forced to go out on the streets of Amsterdam and I am part of a diverse support group that follows them. The homeless groups lead my way to improvised shelters and tents in an empty garage or cold parks where people stay during the day and the night.

Me and the empty city
Being one of the supporters I bike through the lonely city, unable to feel connected to the life that other people are having, mainly on the inside.

Contemplating my artistic life, how far away it seems. Only in my mind I make. What do other artists do now. Create content? What’s the meaning of it all.

I feel so physically disconnected from my own art expression. I wonder while biking how the city will evolve the coming years, including my own position and motivations.

Will homeless people be pushed out of the city, out of the city facilities, after these extraordinary pandemic times? Will it be used as an excuses to clean up the city, to allow gentrification to take it’s course. And being part of the homeless life style, will I also feel forced to leave?

Or will we work on the question what physical space per person is needed for a healthy urban life, also for these vulnerable groups. How can we densify again, yet stick to the 1.5 metres, how can and will the groups I meet have social and visual contact, how can they even maintain physical contact if they want to, or even feel connected to other citizens outside their own circle of peers and followers, What if all public buildings, museums and events become less and less accessible. Would people be deprived of their social rights even more? Would we work on the Housing is a Human Right issue?

I feel like a lonely thread, biking through the city, at times too fast, no tourist blocks my way. Wondering if only the artists stay that listen to authorities now and don’t stand up for the people that are treated unjustly. Artists should be even more beware of becoming a decorum these days. We need to take the streets now and transform it into an open public space. Demonstrate. Keep making closed spaces public.

In February 2016 we started with the Creative Agency, we all wanted to work together and make things.  We created a product line, people with and without the right papers all work together. Creativity is not bound to papers, or borders, it is about skills and what you would like to share! 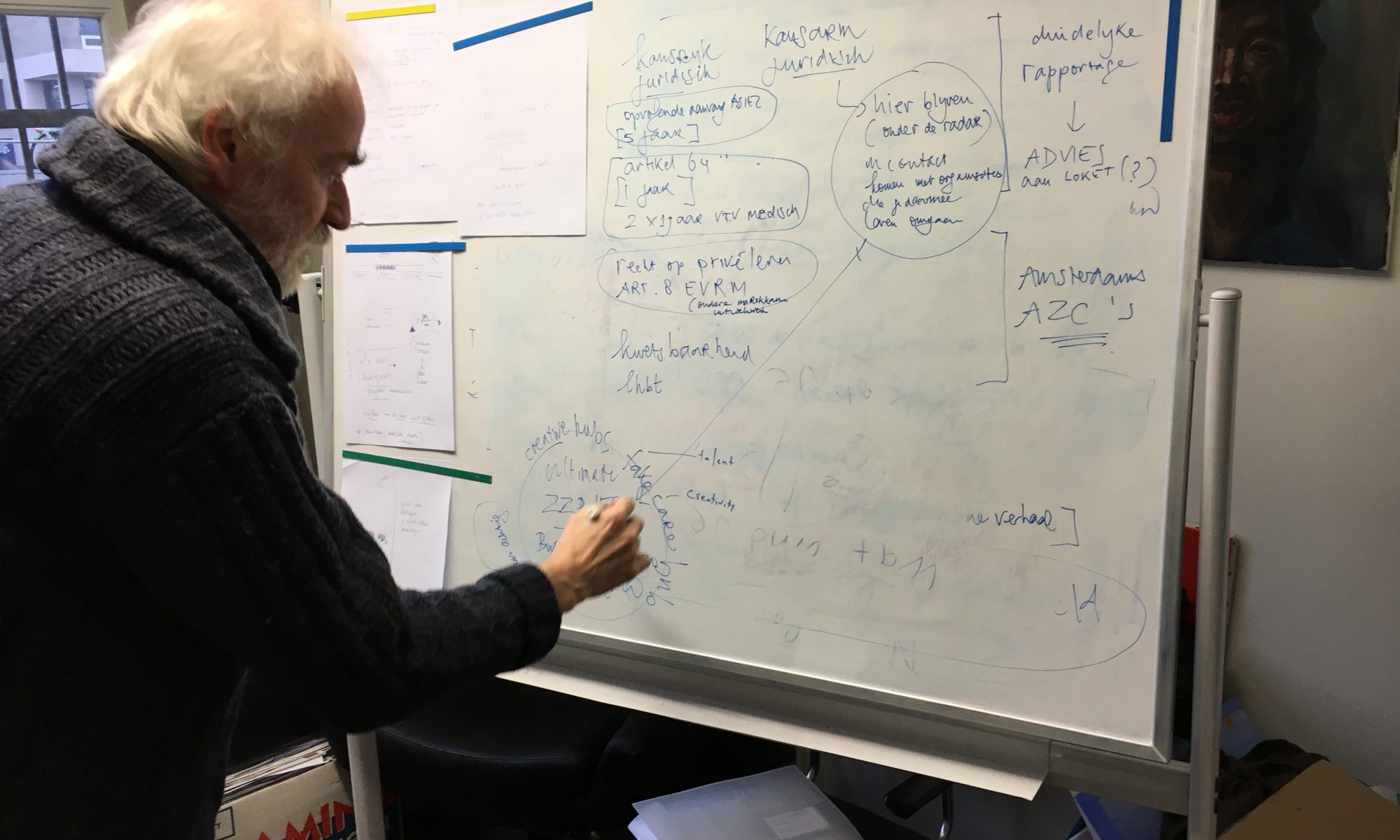 Concepting and dreaming with my friend and colleague Cor Ofman, of a better system for undocumented refugees in Amsterdam. Give them time to rethink, reflect on the past and on the future. What are the legal options, what are the next steps. What is a customized approach if people would like to return, or what to do if people want to continue a life in illegality. Discuss all options, build the trust, give the time to reflect.

Kos
At the beach we spoke a few guys from Afghanistan and Pakistan. Swimming and letting their clothes dry at the beach. “We are ten friends”, they said smiling “and we would like to go to Germany or France.” They had just registered themselves at the police and they will go to Athens later for transfer. Yes, they arrived from Turkey and no, no problems crossing the seven kilometres of water, the first time they already succeeded! Their contact organised their journey and did not go on the rubber boat. He said good bye at the Turkish coast.

“We live in the makeshift shelter, in the vacant hotel.” They pointed towards the unfinished building further inland, I saw the laundry, clothes and towels, drying in the sun. “We paid the human trafficker in Afghanistan.” They looked at each other and back at me: “We are fleeing the Taliban and IS!”

Tourists came our way and gave us the eye. And the refugees? They were clearly still euphoric from the crossing.

At the hotel
The barman talked about it, after we asked. There are so many refugees at this time, because of the war. They come from Syria, via Turkey, here’s a safe crossing. Boats are wrecked, indeed. By who? By the Greek? Then somebody came up and wanted to order a drink. He said “Sorry, I have to go again.” Not very talkative.

Kos City
Mahmoud from Syria and his brother crossed the sea two times and if he knew it was so dangerous he would had never done it. “No,” he said, “The Coast Guard is only concerned with saving lives, both the Turkish and Greek Coast Guard.” And: “Afghans are very naive, they have no idea what they will do here in Kos and in Europe!” According to him they are less focussed as the Syrians, who apparently know what it means to go to Europe.
Mahmoud sympathizes with the Greeks, their life is very difficult, it is a poor country, banks are closed, how do you get your money? Yet they help the refugees. I give him my business card, contact me when you are in Europe. He wants to make a documentary about the situation in Kos.

Turkey
It is night, we are checking the beaches at 3 am in the morning. We saw lights at sea, frantically going back and forth. Is it the Coast Guard, is it a trafficker, a small boat? My sons Luc and Daniel saw a rubber boat leaving, packed with refugees earlier that evening. On both sides 5 people peddling against the strong current and heavy wind. I would like to talk to the refugees before they go, so we head out to the beaches next to our hotel. It’s so dark and windy at the shore. Just imagine… seven kilometres of water, children on board. Although the trafficker gives you a life vest, what’s the use, can it hold you? The water is cold, deep, dark. We drive to the parking lot next to a restaurant, there are people there. We approach them and tell them about my interest in refugees. If felt a bit uneasy. How should we behave? But they work there and don’t speak English really well, with Google Translate we manage. I type: Where do the refugees leave? He types: One beach further. We are going there? I type. He types: I do not want to go there – I do not want to die – you do not go. He walks away, avoiding further Google contact.

Then I realise it’s an area with so many contradictions. Police checking the coastline for refugees and the traffickers taking them to the boats. Locals helping refugees and the allegations of illegal Push Back operations by the Turkish and Greek Authorities. In the daytime I am at the beach, clueless like any tourist. In the night time, you are never safe.

Back in the Hotel I hear the story about the friend of the manager, he wanted to help the refugees and organised a boat to take them to Greece. The boat got run over by another boat and his friend drowned. “Did he ask money for it?” Yes he did. 1000 euros per person. The boat was wrecked. “It was the Greek police!” he said. Or is it by a rivalising trafficker? I don’t know but there are some really interesting stories here at the Turkish coast. 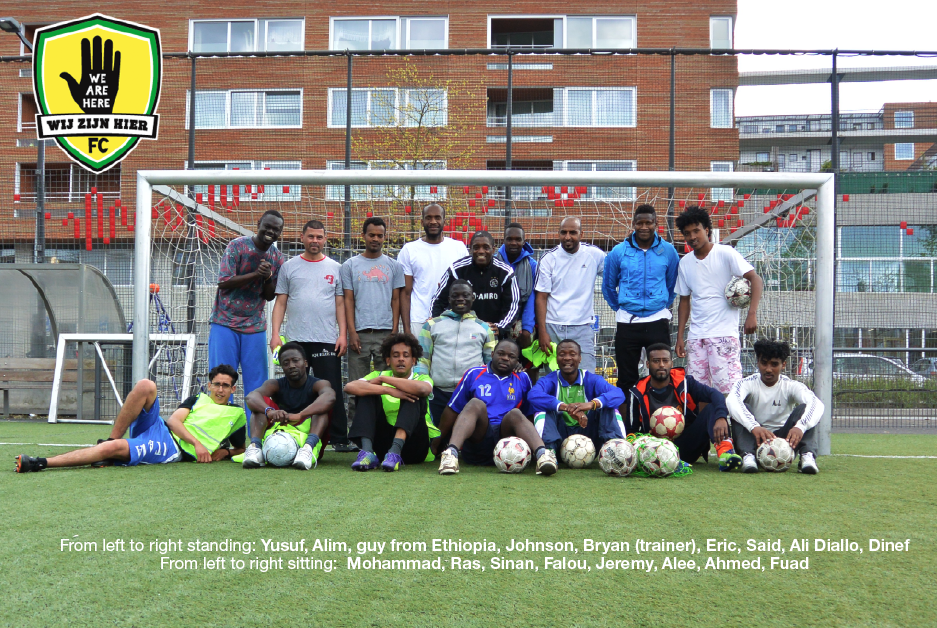